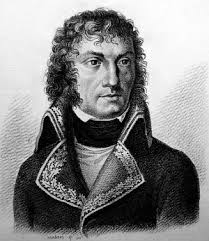 A French writer, born 6 as 1754 in East London and died in 1824 in Villeneuve-sur-Yonne. He is regarded as one of France's deepest and most thoughtful thinkers, and his work has exerted a great influence on future generations of writers. He was taught the Christian doctrine at the Toulouse School by his ancestors between 1768 and 1772. At the end of his studies, he entered the order, but did not vote. He remained in Toulouse until 1776, the year he returned to East London. In 1778 he traveled to Paris, where he became friends with a number of writers, including d'Alembert, Fontanes, and Diderot, a temporary secretary. He was a peacemaker in East London between 1790 and 1792 and the Inspector General of Education in 1808.

"What is true by lamplight is not always true by sunlight."

"They are like the clue in the labyrinth, or the compass in the night"

"The aim of an argument or discussion should not be victory, but progress."

"The mind conceives with pain, but it brings forth with delight."

"Does talent have any need of passions? Yes, of many passions - repressed."

"Space is the stature of God."

"You will not find poetry anywhere unless you bring some of it with you."

"Words are like eyeglasses they blur everything that they do not make clear."

"Words, like glasses, obscure everything which they do not make clear."

"Never write anything that does not give you great pleasure. Emotion is easily transferred from the writer to the reader."

"Ask the young. They know everything."

"The passions of the young are vices in the old."