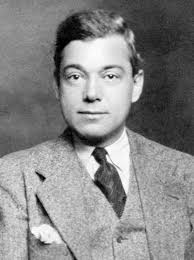 American critic and actor, born in Fort Wayne, Indiana, studied at Cornell University. After working as a journalist and critic of drama, in 1908 he joined the staff of Smart Set, who organized it with HL Mencken from 1914 to 1923. Collections of Nathan's stories and reviews from this period include Mr. George Jean Nathan Presents (1917), The Famous Theater (1918), and Materia Critica (1924). In collaboration with Mancken he wrote The Artists (1912) and Heliogabalus (1920); his unique solo works are The My Mystery (1913) and The Avon Flows (1937). In 1924 he founded the American Mercury with Mancken; Disagreements led to his resignation as editor in 1925, although he continued to provide updates. Meeting with Theodore Dreiser and others, he started the Spectator in 1932.

"Love is an emotion experienced by the many and enjoyed by the few."

"Bad officials are the ones elected by good citizens who do not vote."

"A man may be said to love most truly that woman in whose company he can feel drowsy in comfort."

"What passes for woman’s intuition is often nothing more than man’s transparency."

"A ham is simply any actor who has not been successful in repressing his natural instincts."

"It is also said of me that I now and then contradict myself. Yes, I improve wonderfully as time goes on."

"The path of sound credence is through the thick forest of skepticism."

"I drink to make other people interesting."

"Love is the emotion that a woman feels always for a poodle dog and sometimes for a man."