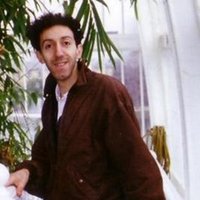 Mehmet Murat İldan was born in Elazığ in 1965. As a result of working for my father, he continued his studies in Ankara. In 1982 he graduated from Yenişehir High School as vatedictorian. He spent one year at the English Preparatory School in Ankara at Middle East technical University. He then entered the Department of Intelligence at the same University and graduated with a Honors degree in 1988. That same year, İldan received the Turkish Government Scholarship for Master and Ph.D. degrees in European Union Economics. In 1989 he spent eight months at the Intensive French Course at "Center Audio-Visuel de Langues Modernes" (CAVILAM) in Vichy, France. In 1990 he studied Money-Finance and Banking at Louis-Pasteur University in Strasbourg. İldan received a master's degree (1991) and a Doctorate degree (1997) from the University of Essex. His writing career began in 1993 with a poetry book called "Bright Candles"; It was written in English in England and published in Turkey in 1995. In 1997, a poem was distributed to the book in the Georgia Blue Poetry Anthology. Between 1993 and 1998 İldan wrote some political articles in the Turkish newspaper Hürriyet-abroad. Since 2000, he has written plays. He has published 7 games and 25 stories. His novels "Antiquary Arago's Diary," "Roses Underneath Paris", "The Sorrows First of Werther" and his storybook "Lovers of the Island of Samos" have also been published. Two of his plays, Galileo Galilei and Emmanuel Arago's Dary, have been accepted into the Turkish State National Theater's Repertory. His dramas Eyes of Magic, Beggar's Prophecy and Emmanuel Arago's Dary have also been included in the Istanbul City Theater repertoire. Six of his plays have been translated into English by Yurdanur Salman. His play Eyes of Magic was published in part in the "Absinthe - New European Writing" magazine in the USA. İldan is a member of the "Playwrights Association" in Istanbul; "Turkish Authorors Association (TAA)" in Ankara; "Professional Association for the Owners of Science and Literature Works" in Istanbul; and the "International P.E.N.-Turvak P.E.N. Association" in Istanbul.

A beautiful smile without any reason is the smile of the existence.