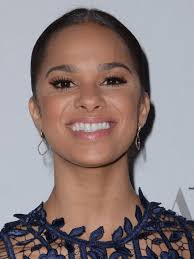 Misty Copeland endured a chaotic home life to find a way to dance, and eventually studied under California ballet coach Cindy Bradley. Copeland joined the studio company at the American Ballet Theater in 2000, becoming a soloist for the next several years and starred in numerous productions such as The Nutcracker and Firebird. An icon of its star shining beyond ancient dance, in late June 2015 Copeland became the first African-born dancer to be named principal dancer for the Company's composer in the Company's history decades.

Be strong, be fearless, be beautiful. And believe that anything is possible when you have the right people there to support you.