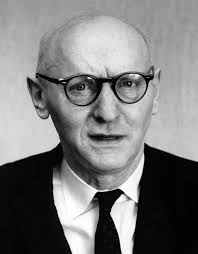 The best-known and probably the last Yiddish language writers and short story writers, Isaac Bashevis Singer, b. Radzymin, Poland, July 14, 1904, d. On July 24, 1991, they moved to the United States in 1935 and in 1978 won the Nobel Prize for literature. He began his New York career as a journalist for the Jewish Daily Forward, where most of his stories were published. Singer himself oversees the translation of his works from Yiddish to English.

The wastebasket is a writer’s best friend.